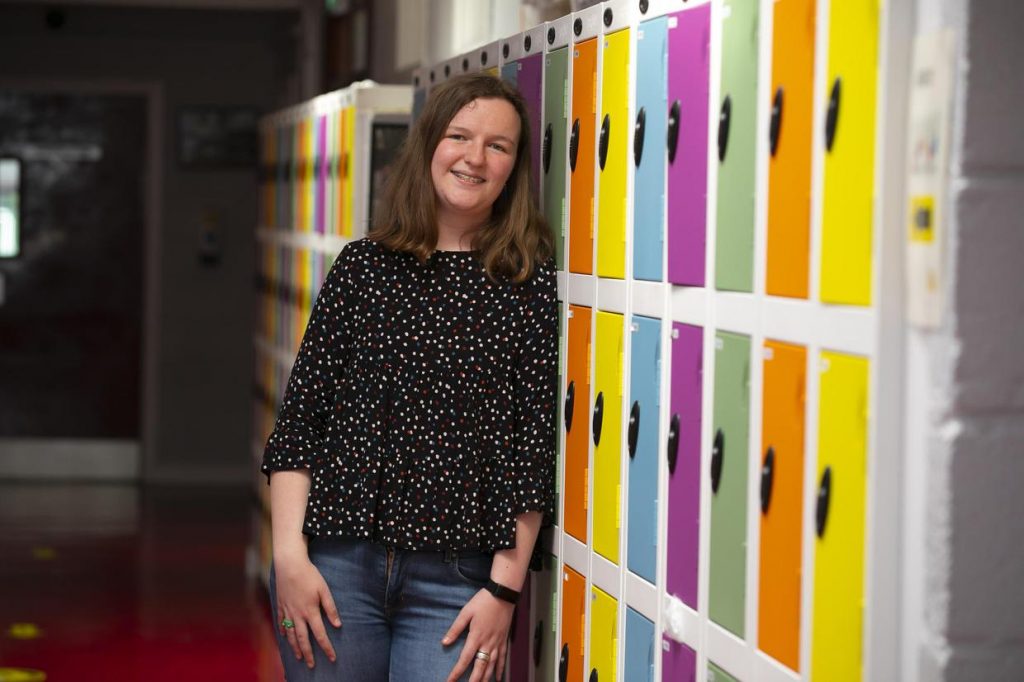 There were two award recipients from Presentation Wexford at the 2022 NewsBrands Ireland Press Pass Awards ceremony. Catherine Brennan & Felix Somers, TY, were awarded 1st & 2nd place respectively in the Opinion Piece Category, with the competition attracting over 10,000 students each year. 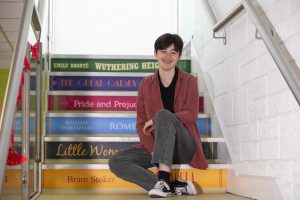 The event at the Aviva Stadium, which was hosted by Matt Cooper, was attended by the award-winning school students, their teachers, and families, along with national newspaper editors and journalists. A panel discussion regarding media literacy and the role of journalism in society and education took place with Sunday Independent Editor, Alan English, Irish Examiner deputy political editor Elaine Loughlin, and English secondary school teacher Mary Lowry.

This is the second year the school have placed in this national competition, having previously been recognised in the school newspaper category.

Picture this: A 5ft 10 girl, who always slouches in school photos, and stands next to the tallest person she can see to avoid standing out. Her hair is always tucked behind her ear, although it looks better when it’s just natural. Her nails are always bitten short, despite years of trying to break the habit, and can almost always be found with a furrowed brow and slight scowl on her face. And no, she does not have a posture problem and a miserable personality. It’s because She, well I, have anxiety.

Now in fairness, my life is pretty great. I have two funny and, underneath it all, caring brothers. My dad is a stay-at-home dad, because my mum has such a good job that he doesn’t need to work. I have amazing friends who can brighten up my day, even when I’m having the worst one possible, and at the ripe old age of 16, I have a job that not only earns me money but helps me meet new people and gives me a bit of independence. But that doesn’t mean it can’t also be crap. And I mean miserable, roll up under the covers, I’d-curse-but-this-is-a-school-essay crap. Because of this anxiety.

Because of this anxiety, my days are just a little bit harder. Not always awful, but just harder. For example, I recently had to present an Irish project to my class. It was about my favorite musical, and I really enjoyed making it. However, when it got to presenting it, just the thought of it made my stomach turn. Even as I type this, my palms have started sweating. However, I decided to just put on a brave face and present it. As I stood up in front of my class, my cheeks flushed red, and I started tucking my hair behind my ears. Despite this, I started to speak, and it was all going well. Until, I heard two girls at the back of the class laughing. Now of course, they were probably laughing at a joke one had made, or something that happened earlier that day that was particularly amusing, but to me, it was like a dagger to the heart. Were they laughing at me? Was I doing something wrong? Did they think this musical, one I loved with all my heart, was stupid?

Another example would be playing hockey. Now I don’t want to toot my own horn, but I can be quite good at hockey. I play as a sweeper, so I am the last defence before the goal, and I tell people where to go. However, before every training session, and before every match especially, without fail, I start biting my nails, and my mouth gets drier than the Sahara. I am constantly wondering if my skirt is too short, if people judge me for running too slow, or if people dislike me because I let a goal in.

One final situation would be when I was eleven, and I would shush my class whenever the teacher left the room, and they started to talk. As you can imagine, that did not go down well with a group of tweens who just wanted to chat with their friends. Even I knew they hated it, but that never stopped me. Why? Because of the same reason that made me think those girls were laughing at me, or that anyone cared how fast I ran, or why I would always slouch in photos so I wouldn’t stand out. The constant wondering in my head; “what if?”

What if they did think this show was stupid? What if they were judging me for how fast I ran? What if they thought I was too tall, or they’d get mad when we were talking?

Of course, in my heart of hearts, I knew that no one thought these things. They weren’t laughing at my presentation, no one would judge me for my height, and the teacher wouldn’t explode at us if we were chatting. But that little bit of doubt, those little “what if”’s, is what can lead to me thinking the most horrendous things over the tiniest little detail, and what makes my life a little bit harder.

So yes, my life is pretty great. I have a great family, amazing friends and a good job. But like so many teenagers these days, my life can also be a struggle. Not due to money issues, or fights with friends, but by constantly wondering “what if?”

I once took my mirror off the wall because I couldn’t look at myself. I saw my face, smiling as I talked to my friend on the phone and the longer I stared at it, the less I recognized myself, as if a stranger were looking back at me. A girl with long brown hair, a high pitch voice and eyeliner. This feeling of… I don’t know what to call it, almost dread washed over me. I clutched my chest, looking down at my body as if I had never seen it before and I cried. I cried for an hour and even after I was finished crying that feeling lingered on.

That mirror was under my bed for a month before I put it back.

Anytime I’m asked to explain why I’m transgender, I can’t do it. I can’t do it because I don’t even know. How can I explain something I don’t fully understand myself? But I know that being trans isn’t just one big thing that you can sum up in a sentence or two. It’s best described by experiences, and that’s what I plan to show you. Here’s a few very short stories that all make me ask why am I like this?

When I was 8, I was standing in school, and I saw a boy next to me. I don’t remember who it was or what prompted this, but I said, “I wish I could be a boy.” My friend looked at me like I had seven heads. I never stopped feeling like that. I honestly don’t know how it took me until I was 15 to accept I was trans. I think it’s probably because when I first heard what it was, it sounded scary. I was 12, I found a few videos on YouTube about people’s coming out experiences. Some good, some bad, some downright terrifying. Then it was transition videos. Top surgery horror stories, testosterone injections, the cost of it all. Then I looked a little more and found statistics. How many people get hate crimed, disowned, end up homeless, depressed. Who would want any of that? The answer is nobody. I didn’t choose to be trans, I chose to live with it.

One time, my drama teacher implied that I turned my friend trans. Teddy came out to him, and he said, “I think some people in the group might be influencing you to think that.” I was the only other trans person in that group. To be clear, I didn’t influence anything. You can’t make someone trans, that’s not how it works. Yet that’s not the only time I’ve heard that. I’ve been accused of turning people gay, trans, you name it. It’s funny most of the time, because I know people don’t believe it, they just want a scapegoat and I’m more than happy to be that. At least it makes a good story.

The first time my dad gendered me correctly, he called me his nephew… it’s a long story. We were walking home one day, and we were messing around and he tried to tell me I was adopted. Now, anyone that knows me knows that can’t be true because when I was younger, all I used to hear was “ah, you’re the spitting image of your mammy,” which used to drive me crazy, but it basically guarantees I’m not adopted. I pointed that out to my dad, and he thought for a moment before saying “you’re your aunties. We adopted you because she didn’t want you. So technically you’re my… nephew?” I never thought my dad telling me I was adopted would be one of the best things he’s ever said to me, but it was. I got home and texted all my friends, overly excited that he called me a boy and they were all really confused but happy for me.

A good final story is the time my cousin looked me dead in the eyes and asked his mam “is Kaelyn a boy or a girl?” I sat there shocked as his mam asked why and he just gestured to me, as if to say “I mean, look at him” my auntie told him that people can look however they want, it doesn’t matter if they’re a boy or a girl. A very good lesson but I’m not the case study.

Well, this is the end. I hope you have enjoyed this small section of my life as a 17-year-old trans guy from Wexford town. My story is just one of many, but I felt it was worth sharing. If nothing else, at least I might help someone else keep that mirror up.