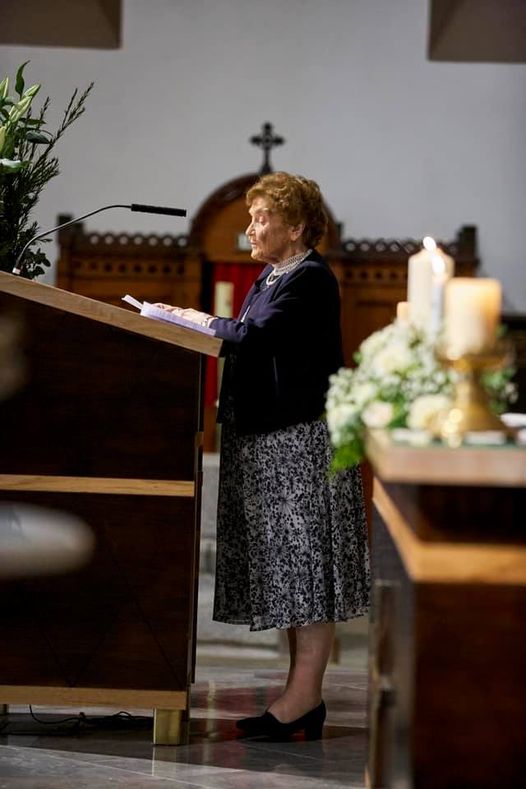 An outpouring of grief and gratitude greeted the Presentation Community this week as Sr Marie Murphy was laid to rest at the Presentation Convent cemetery, following her funeral mass at Rowe Street Church on May 4th 2021. The mass, celebrated by Fr Billy Swan with the Most Reverend Denis Brennan, Bishop of Ferns, also in attendance, gave those gathered, physically and online, a true sense of the enormous impact Sr Marie had throughout her life.

Representatives of the school community, including members of staff that were Marie’s colleagues past and present lined the route, with the school’s Senior Prefect team also paying their respects.

Sr Marie (85) was in her 65th year of service to the Presentation community, with the Cork native joining the order in 1956, taking the religious name of Sr Anunciata. In November 1972, Sr Marie was elected as the Apostolic Mission Officer following the movement towards union, representing the Ferns Congregation. 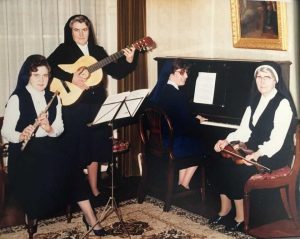 A primary school teacher also, Sr Marie was best known for her passion as an Irish teacher, while also teaching History and Geography among other subjects. 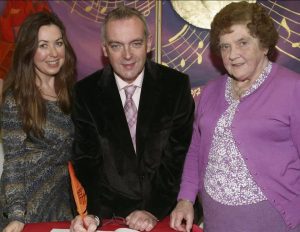 A lover of music, the gathered congregation heard of Sr Marie’s grá for Opera, and tales of her yearly treat with a ticket to the Wexford Opera rehearsal shows. In 2013 she was pictured at the opening of our school’s Arts & Culture Wing on our Grogan’s Road campus. In 2016, she celebrated her Diamond Jubilee along with Sr Vera Dalton. 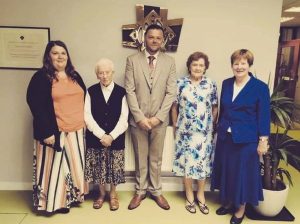 Sr Marie continued to be an influential figure at the heart of our school community, helping to shape the 2018 Bicentenary Celebrations, in addition to her continued commitment to teaching. 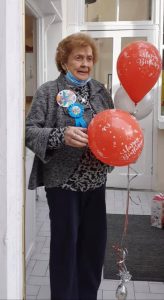 A much loved and respected teacher, mentor and friend, her colleagues in the Irish department offered this tribute to An tSiúr Marie:

The Presentation Community have been deeply touched by the heart-warming memories shared over the past number of days and would like to thank everyone for their moving tributes.